What is the CBT?

A ball stretcher is a sex toy that is used to elongate the scrotum and provide a feeling of weight pulling the testicles away from the body. This can be particularly enjoyable for the wearer as it can make an orgasm more intense, as testicles are prevented from moving up. Intended to make one’s testicles permanently hang much lower than before (if used regularly for extended periods of time), this sex toy can be potentially harmful to the male genitals as the circulation of blood can be easily cut off if over-tightened.

While leather stretchers are most common, other models consist of an assortment of steel rings that fastens with screws, causing additional but only mildly uncomfortable weight to the wearer’s testicles. The length of the stretcher may vary from 1-4 inches.[2] A more dangerous type of ball stretcher can be home-made simply by wrapping rope or string around one’s scrotum until it is eventually stretched to the desired length.

A ball crusher is a device made from either metal or often clear acrylic that squeezes the testicles slowly by turning a nut or screw. How tight it is clamped depends on the pain tolerance of the person it is used on. A ball crusher is often combined with bondage, either with a partner or by oneself.

The humbler consists of a testicle cuff device that clamps around the base of the scrotum, mounted in the center of a bar that passes behind the thighs at the base of the buttocks. This forces the wearer to keep his legs folded forward, as any attempt to straighten the legs even slightly pulls hard on the scrotum, causing considerable discomfort.

Some passive men enjoy the feeling of being “owned”, while dominant individuals enjoy the sense of “owning” their partners. Requiring such a man wear testicle cuffs symbolizes that his sexual organs belong to his partner, who may be either male or female. There is a level of humiliation involved, by which they find sexual arousal. The cuffs may even form part of a sexual fetish of the wearer or his partner.[citation needed]

However, these are extreme uses of testicle cuffs. More conventionally, the device pulls down the testicles and keeps them there during stimulation, which has a number of benefits:

Improving sexual arousal. While some men may be aroused by the feeling of being “owned”, the physical feeling of stretching the ligaments that suspend the testicles has an effect similar to the more common practice of stretching one’s legs and pointing the toes.

Preventing the testicles from lifting up so far that they become lodged under the skin immediately adjacent to the base of the penis, a condition which can be very uncomfortable, especially if the testicle is then squashed by the slap of skin during thrusting in sexual intercourse.

Delaying or intensifying ejaculation by preventing the testicles from rising normally to the “point of no return”. It is much harder to reach an orgasm.

Serve slaves a slice of humble pie with this deviant device!

Never get cold feet about cock and ball torture again, with the BDSM Humbler With Ankle Restraints! Designed to completely restrict movement, this harrowing humbler locks around the scrotum and sits behind the thighs, forcing the wearer down on their knees and at the mercy of those in charge. The slightest movement tortuously tugs on the testicles, which acts as the perfect deterrent to ensure slaves know their place. In addition, the attached ankle cuffs enhance the restrictive feel of this restraint, whilst guaranteeing complete compliance. They can even be locked using a padlock (not included) for added security, or removed using the snap hook for greater versatility in your perverted play sessions.

Ergonomically designed, the Uber Kinky Humbler With Ankle Restraints is easy to put on and is fastened in place using thumbscrews. The ankle cuffs are fully adjustable for a customized fit and are internally padded for optimum comfort during prolonged play sessions. Made from fine quality materials, this CBT device has beauty and brawn in equal measure. It’s durable build is simply perfect for those that like it rough! 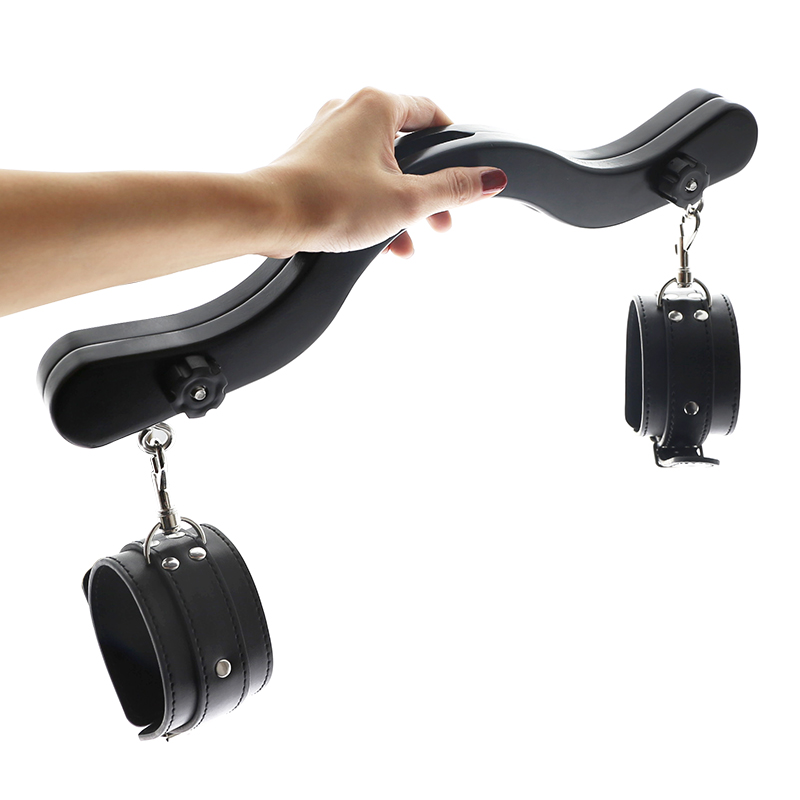 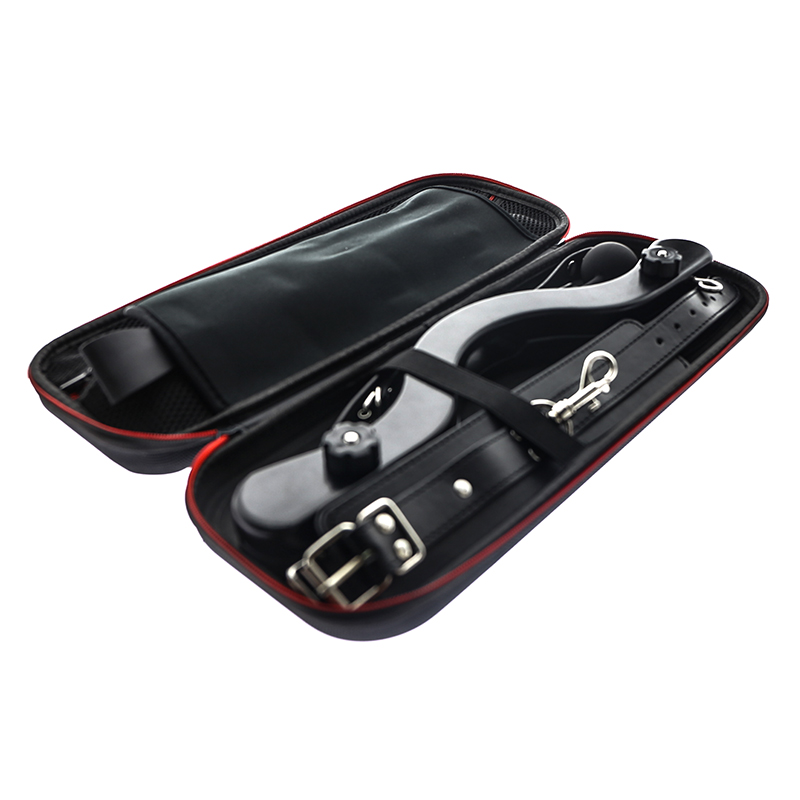 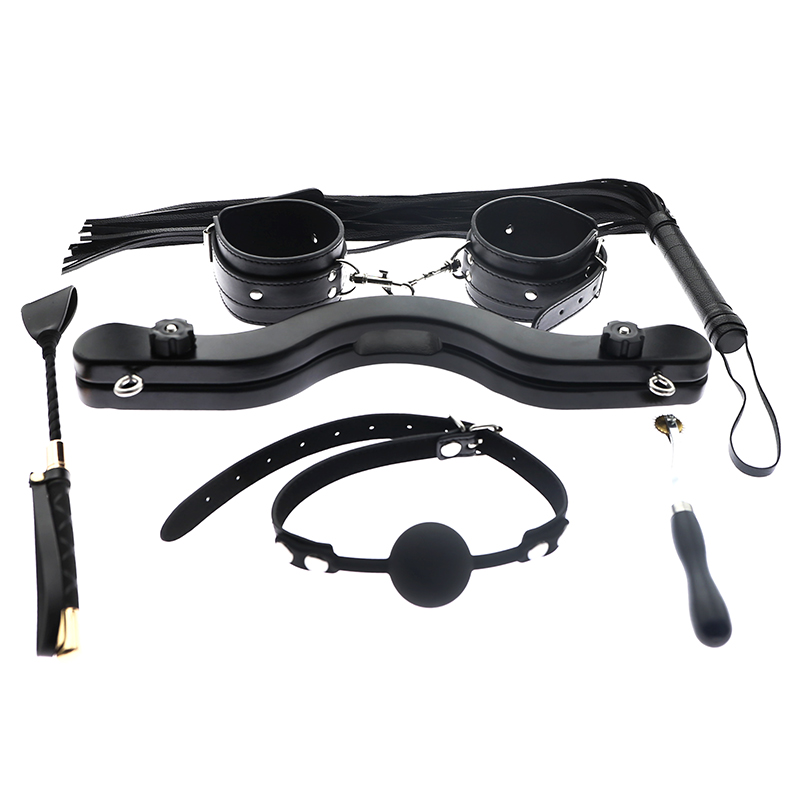 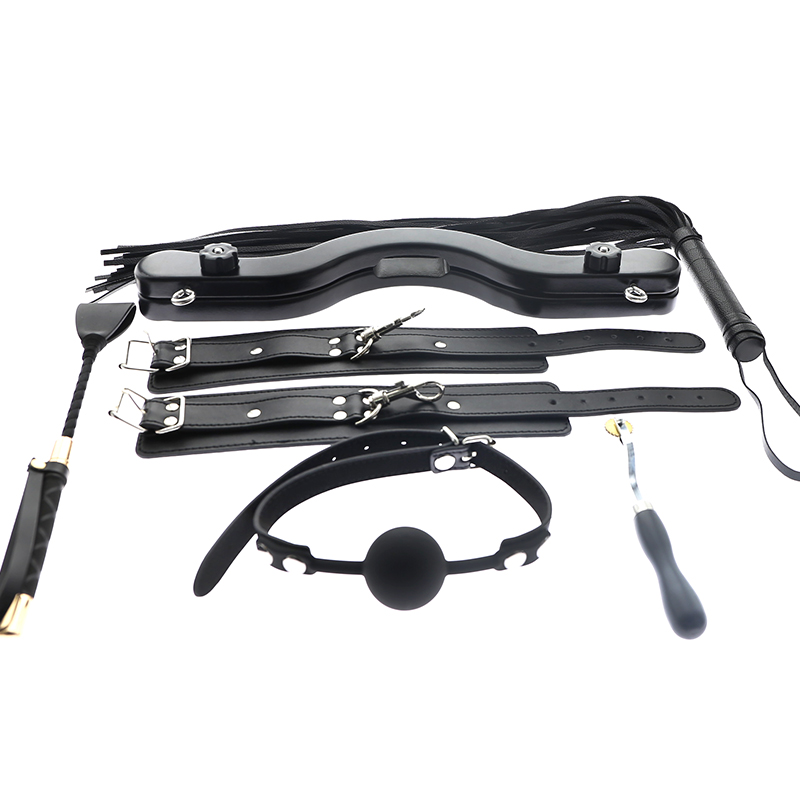 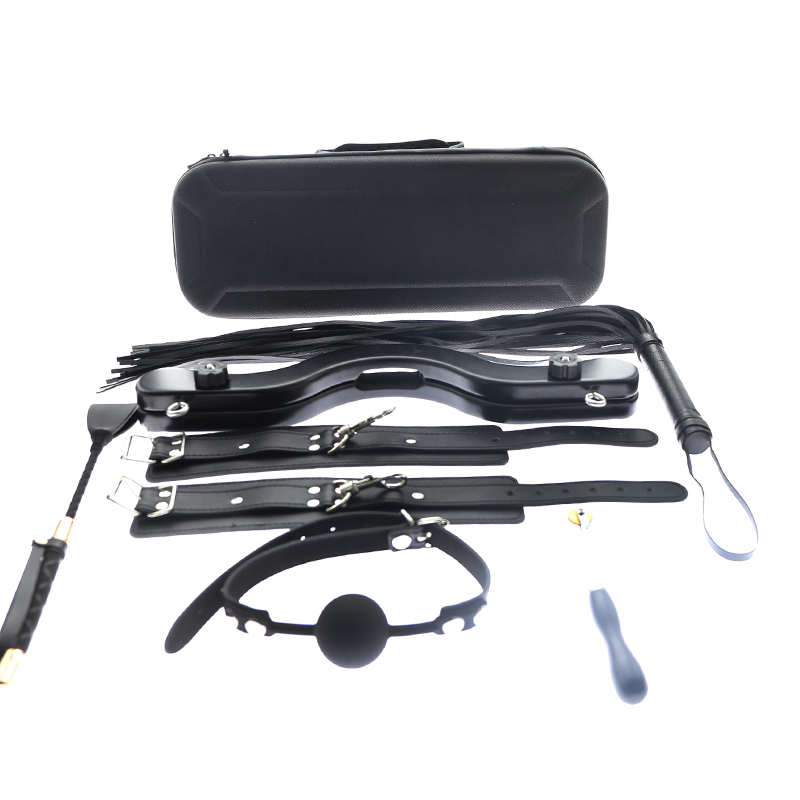 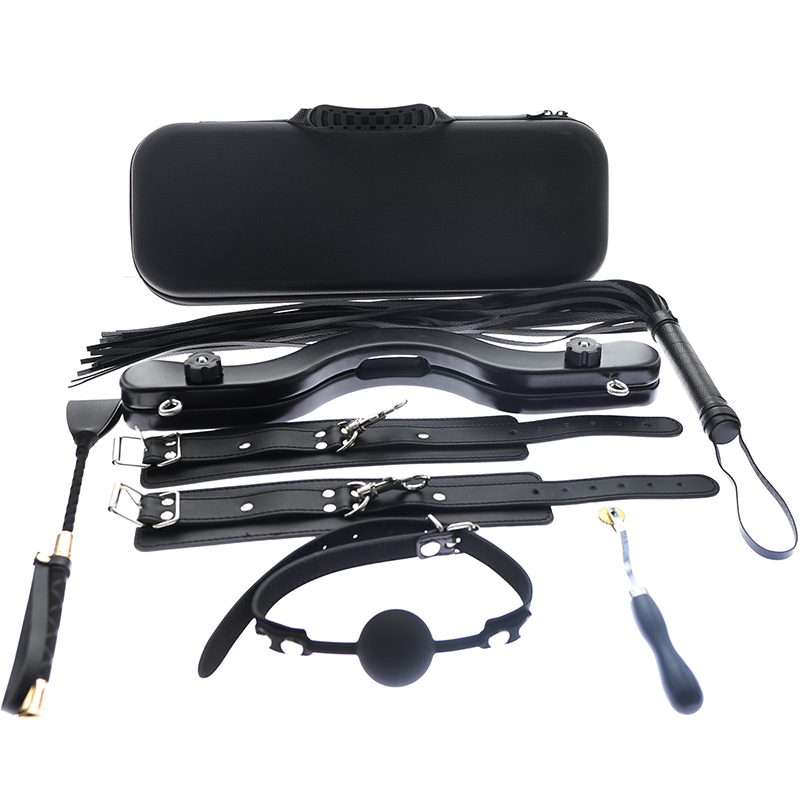 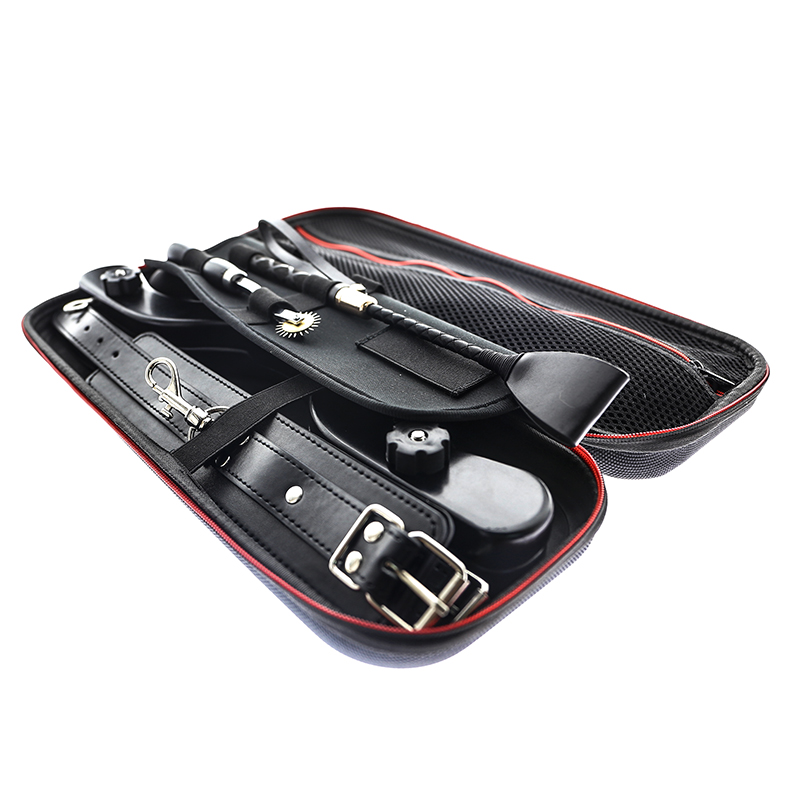 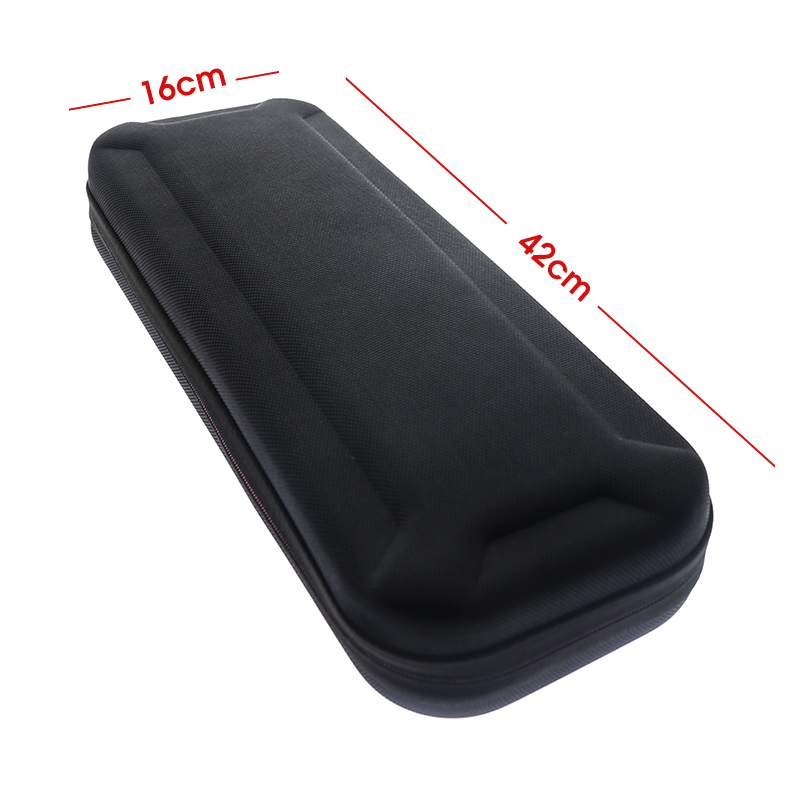 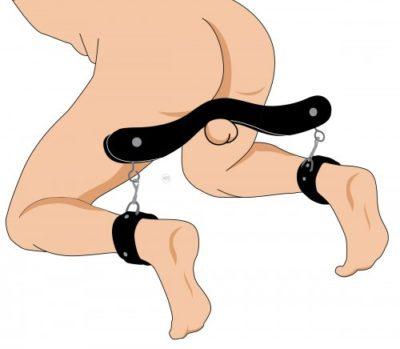 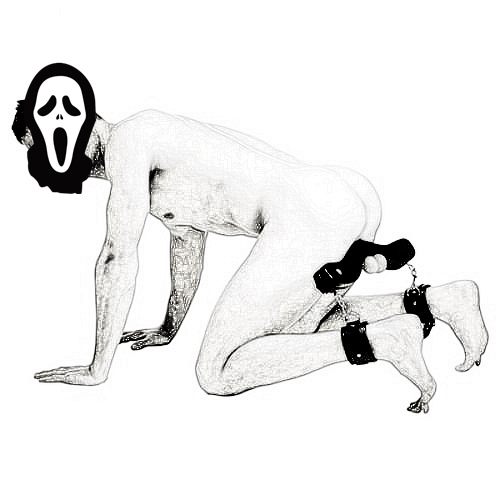